The Best Toys for Children with ADD/ADHD 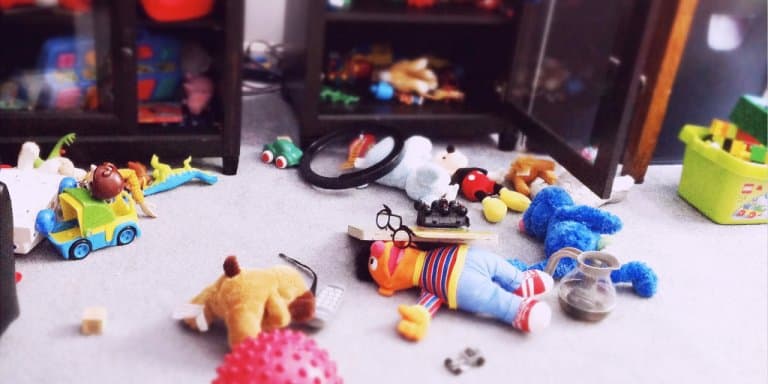 We all have trouble focusing at times, some more so than others. Those of us with ADD/ADHD children know the true meaning of “focus issues.” In our journey to find some natural solutions to attention deficit, we’ve run into all sorts of “advice.” There are “best gadgets” to promote focusing, all-natural techniques, and natural remedies.

Specifically, during our search for toys, we realized that most articles were simply compiling lists of toys that seemed like they would be good for children with ADD/ADHD. Are they really? Is the fidget toy craze just a fad? Is there science, research, or experience to back up any of these claims?

So, we talked with 10 ADD/ADHD and toy experts to share their advice and their best toy recommendations for ADHD children.

How To Choose Toys For Kids With ADD/ADHD

Here’s what Julianne Miller, a special educational needs consultant from the UK, told us about choosing an engaging toy.

Children with ADHD are known as ‘stim-seekers'; they seek high stimulation engagement, which is why video games have always been a favorite. For a parent who is looking to diversify, a toy needs to be stimulating – and by this, I mean that the toy stimulates the senses.

For a child with hyperactivity as part of an attention deficit, look to sensory toys. Sensory toys have a greater-than-average response to impact – being hit, pulled, bit, punched will yield a big response.

For a child with attention issues that are internalized, any imaginary play set will enable the child to have a rich imaginative experience. It is important to remember that ADD and ADHD are both attention difficulties but have different needs.

“Children with ADHD abhor boredom,” said Terry Matlen, MSW, “So toys geared towards them need to engage their interest, curiosity, and creativity, while helping with offering an outlet for their hyperactivity.”

In response to parent and teacher request for foundational math learning tools, I developed the Hello Numbers Discovery Pack. Numbers are presented as fun and friendly characters.

The pack includes a set of small numbers (4.5” each, embroidered with count dots on the back and magnets in their “heads” to construct multi-digit numbers in a line), Hello Numbers book with a decoder and stickers, free Hello Numbers tablet app, and original songs sung by each number 0-9. The decoder of the book works on the app.

It all comes bundled in a backpack suitable for a young child to carry.

The combined Hello Numbers Discovery Pack has been named the Best Pre-School Numerical Literacy program by Jo Booth of Teachers with Apps, received a top Brain Award, and received a rare 5-star rating from the Educational App Store (UK).

Klemm says that, “Many kindergartens use the product now and we are beginning to reach out to pre-schools. We have shipped from our own site to parents all over the globe. We have received many responses that their children (boys and girls), as well as parents of autistic children, children with ADHD, ‘gifted’ children, and children with other special needs that their children ‘love the numbers and associated activities and products.'”

To see the other products voted as best ADHD learning tools, check out the Homeschool Base website: https://homeschoolbase.com/best-toys-for-children-with-adhd/

Hey there kids, my name is Pi

But, in fact, I’m really so much more

I’m the ratio of a circle’s circumference to diameter

But, please don’t define me just by that parameter

No matter the size of your circled design

But what IS that number?

Because it goes on forever!

You could write on for years and still get many more

But, you’d still have more to calculate!

So, think of me more as a circular friend

Whose friendship really has no end.

Have I got an interesting topic for you!

You’ve met numbers 1 through 9
Let’s learn about different ones this time!

Roman numerals are used today
On some clocks, in books and plays

Roman numerals are a great way to learn
A new way of viewing numbers – now it’s your turn!

Talk to your teacher or mom or dad,
About using Roman numerals to subtract or add.

Hi there kids, number 7 here!
I’ve traveled back from far to near

Around the world through land and sea

Each country, an interesting place to be

A continent’s a piece of land
From outer space, each one looks grand

Do you know how many there might be?
If you’re not sure, count them all with me!

That makes seven – can you see why
People call me the Continent Guy?

Here’s a question you probably think you know the answer to:

How many continents are there on the planet earth?

But, before you assume this blog post is done, consider this: Some geographers disagree with that number, and instead choose to count Europe and Asia as one mass of land labeled Eurasia.  And, in other parts of the world, children are taught there are only five continents: Eurasia, Australia, Africa, Antarctica and the Americas.

To confuse you even further, researchers recently made the argument that a large mass of land completely submerged under water – and part of New Zealand – qualifies as a continent and should be recognized as such.

All this continent discontent might make you want to throw your geography book out the window, but it certainly shines a spotlight on the question, “what counts as a continent?”

Exactly What IS a Continent?

Although one accepted characterization of a continent maintains it is a large, continuous mass of land, bigger than an island and separated on all sides by water, that classification is somewhat arbitrary, which is why Greenland is considered an island, but Australia – only a couple more million km in size – is considered a continent.

In fact, by that definition, many purists believe there are only four continents – since Europe and Asia are part of one land mass, Asia and Africa are joined by an isthmus, as are the two Americas – which would just leave Australia and Antarctica.

The reason much of the world can’t agree is that there is no one definition of what makes up a continent. Some accepted factors beyond the physical attributes include distinctive flora and fauna, cultural uniqueness – and even local agreement on continental status, which I suppose means that if you believe it, it’s so!

Too Much on Your Plate

As a math-minded person, I find it difficult to define physical structures by cultural differences, so as a last resort –what about how continents relate to the tectonic plates beneath them? Surely, there must be an alignment there.

Tectonic plates are the earth’s rocky outer crust and they continue to drift, ever so slowly, across the surface of the globe. This accepted theory of continental drift explains Pangea – one super continent that began breaking up 175 million years ago into the modern configuration of continents we know today.

But, if we look at the location of the continents over these plates, we’ll realize that while Europe and Asia mostly share one plate, the Americas are separated and the country of India shares a plate with Australia. Greenland and the Philippines each have their own plates – although neither is defined as a continent today.

The only concept that becomes clear here is that depending where you are, who you are and WHEN you were – you may have a very different opinion on the total of continents.  And, here we thought numbers was a definitive subject!

As I was about to turn off my television set the other night at the close of this year’s Super Bowl, I was struck by the irony of the blazing ancient Roman numerals across the screen that proclaimed the annual number of times this decidedly modern American game had been played:

Other than counting professional football games or adorning a fancy watch or two, the practice of using Roman numerals within the mainstream or teaching them in elementary school has gone the way of penmanship, cursive and the dodo.

Perhaps, some of you might remark, that’s as it should be. Like learning Latin, using an abacus or powdering one’s wig, striving to understand Roman numerals seems to foster a history lesson rather than a necessary skill for young people today.

But, from a math perspective, nothing could be further from the truth. Roman numerals help bridge a gap in mathematical comprehension for elementary school-aged children. Here are three reasons why:

When you first learned to draw a “2” and were told it represented two of something, you had to memorize it. The symbol for “2,” or any other number from 0-9 for that matter, is not inherently demonstrative of the value it represents.

In fact, compared to ancient numbering systems, our modern number structure is confusing – especially to young children learning it for the first time.

Thousands of years ago, the human need for keeping track of belongings, animals or anything else gave birth to the counting or tallying systems. Historic people used sticks or pebbles to represent each of whatever they were trying to count.

Tally sticks were also used to mark amounts. Notches were cut into a stick to signify a number of items or perhaps sheep in a flock. The problem with using a unary system, one in which each line represents each item, is that you wind up with a lot of lines. Too many lines for the human eye to be able to decipher quickly and easily how many you actually have.

That’s why many tally systems evolved. When you got to five, you crossed through the previous four lines – to create an easier visual for that number.

It’s hypothesized that Roman numerals evolved from these tallying systems, with each fifth notch eventually being written as a diagonal or “V” and each tenth notch as an “X.” And, so on.

Unlike the base ten system we use globally today, Roman numerals are non-positional (do not involve place value). That means each number has a unique meaning. The letter for ten (X) is completely different than the letter for one hundred (C) – whereas in our systems, they are represented by the same numbers in a unique pattern: 10 versus 100. Place value is a critical but difficult concept for very young children to learn. Understanding that the “5” is “1,265” has a different value than the “5” in “542” can be confusing.

Roman numerals do a better job demonstrating the difference in value because the system uses unique characters. “5” is “V” and “500” is “D,” which are totally different – because five and five hundred really ARE totally different.

For preschoolers and kindergartners, addition and subtraction usually comes with visual representations of the equation. Apples, toy trucks, lima beans – anything to help associate how values can be combined or taken away from each other.

With Roman numerals, the addition and subtraction is built in! Depending on left or right placement, an “I” represents “less than” or “more than” consecutive numbers. Consider the number line from one to ten:

Roman numerals eventually gave way to more modern systems for several reasons, including the need to increasingly account for accounting and represent numbers larger than several thousand and allow for algebraic concepts. Zero was critical to this change which happened around 1300 AD when the Arabs—the world traders- took the concept from India to much of the world.

However, Roman Numerals are still woven through many facets of our culture – from marking the scenes in plays to organizing our thoughts in outlines to letting us know which Star Wars movie is coming out. Having a basic understanding of the Roman numeral system creates a foundation for number visualization and more complicated math concepts – and by the way, they are just plain fun to learn!

Learn more about the history of Roman numerals: http://scienceblogs.com/goodmath/2006/08/16/roman-numerals-and-arithmetic/

Learn more about teaching them to kids: https://owlcation.com/academia/How-to-Teach-Roman-Numerals